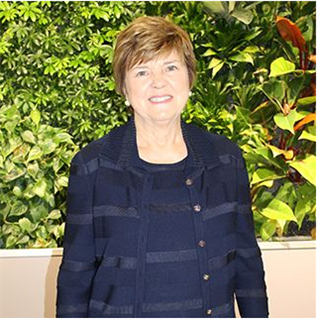 Marguerite has extensive experience as an executive leader in elementary and secondary education, including her most recent role as CEO of Ontario’s Education Quality and Accountability Office, from which she retired in 2013.  Previously, she held senior executive positions as Director of Education and Secretary Treasurer of the North York Board of Education, and of the Toronto District School Board where she managed the amalgamation of the seven school boards of metropolitan Toronto into Canada’s largest school board, positioning both schools and the maintenance department for the 365 schools to receive the National Quality Institute and the ISO9000 awards, respectively.
She has been a teacher, a curriculum consultant, and a school principal.  A strong advocate for literacy, Marguerite initiated the first provincial teacher certification programs for teaching children to read. She has been the author of several program guides and texts for teaching reading.

Marguerite currently serves on the Ontario University Funding Model Reference Group, as an Honorary Director of the Herb Carnegie Foundation, as a director for Sistema Toronto and First Robotics, and on the program committee of University Women: Mississauga. Previously, she served as a director of the Canadian Club, United Way, Junior Achievement and Children’s’ Aid.
Marguerite holds a BA in History from McMaster University, a MEd in Special Education from University of Toronto and a Distinguished Educator Award from U of T.
Back

Discover how your daughter will benefit from SMLS's superior academic program, our attention to each girl's social, emotional and physical wellbeing, and student leadership development - all designed for girls.